“Dopo l’achitettura Moderna” was published by Paolo Portoghesi in 1980 and thanks to the experimental design of ‘Via Novissima’, during the first international architecture exhibition in Venice Biennale “La presenza del passato”, he officially declared that the Modern Movement was not contemporary anymore. Paolo Portoghesi acknowledged that the Venice experience has been the “tomb” of Post-Modernism one year after the convention, revealing itself as an ephemeral and stylistic trend in the later decates, based on the recovery of past architecture’s archetypes. The convention’s concept is provocatively recapped with the insertion of a Partenone column, classical architecture element par excellence, inside the famous perspective drawn by Mies Van Der Rohe, a rigid summary of the Modern architecture’s basis.

The same perspective drawing has been used for any other cultural activity we developed in the years thereafter.

The 30th Anniversary Competition of Barcelona Pavilion could give us the possibility not just to redraw Mies Van Der Rohe’s perspective but to work on one of the most important architecture that express his school of thought. Provocatively once again, we will insert eight pieces of columns into Mies pavillion, while for the exterior the columns will be ideally rebuilt with the typical way of a modern archeological site. 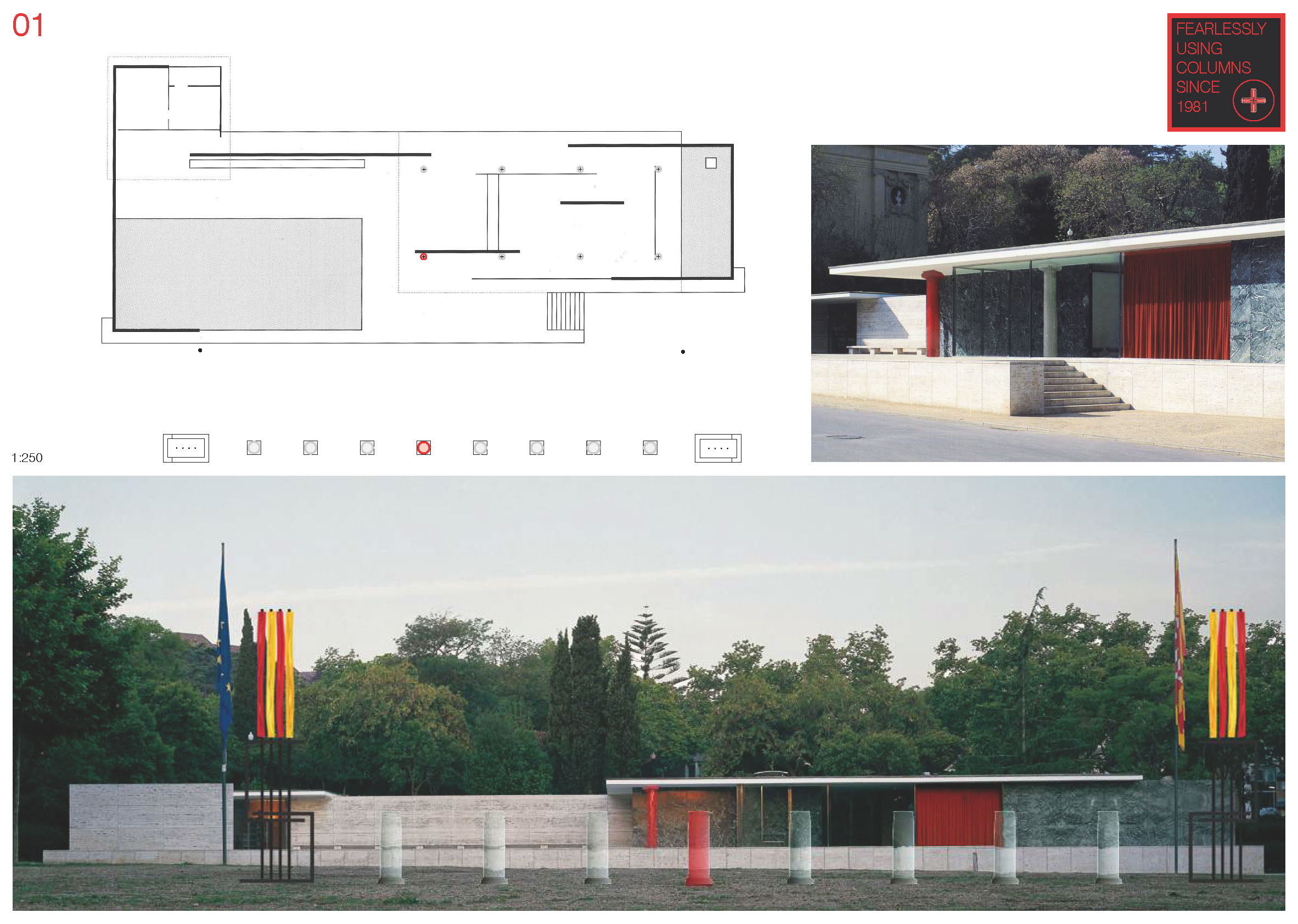 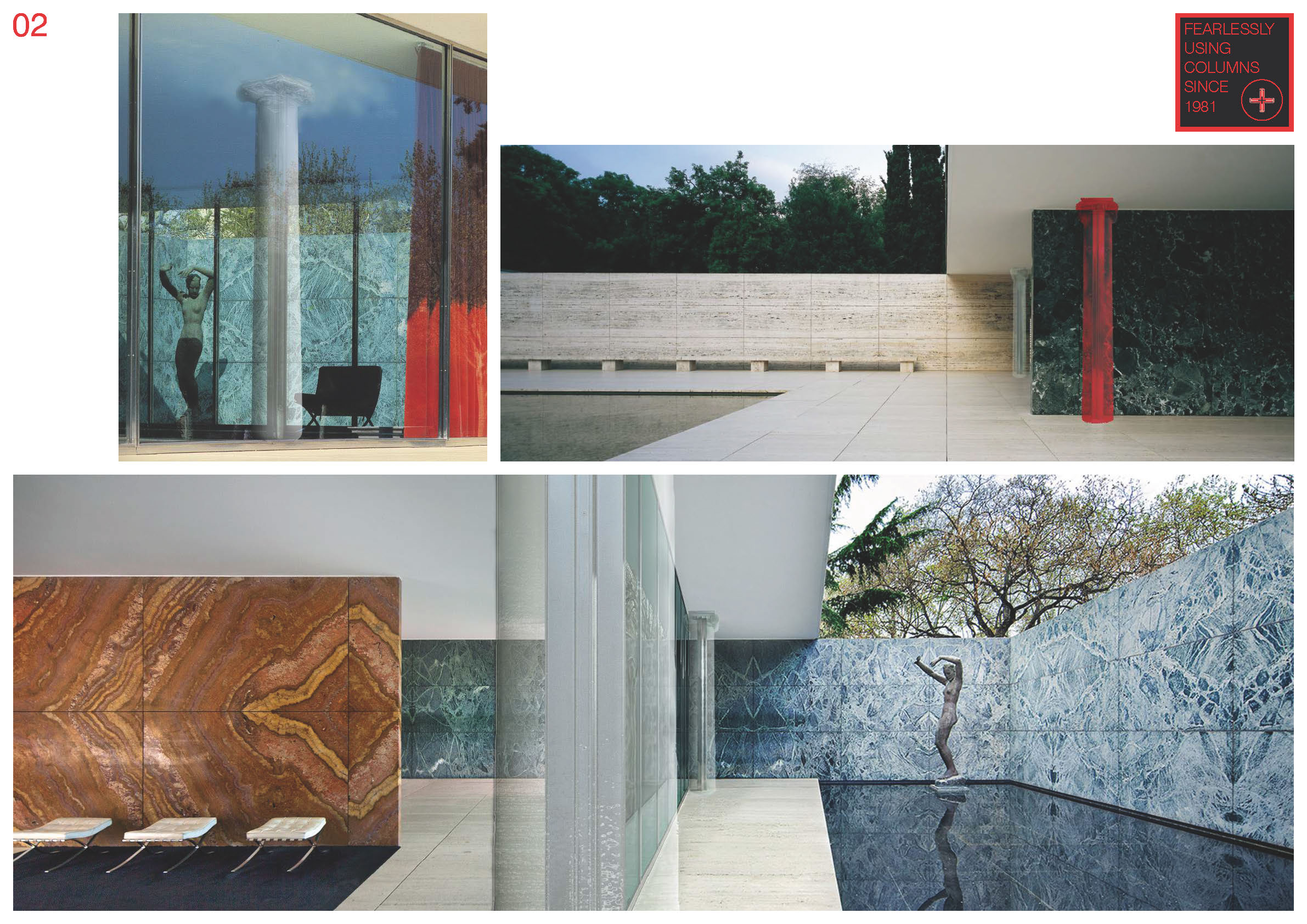