The restoration project of this fifteenth-century monastery suggests discreet interventions respectful of the original structures of the building but without forswearing the introduction of striking contemporary elements.

The building, from the start intended for a collectivity, of a religious character, and therefore quite different ond the inside from the architectural context of the city, has preserved this characteristic aspect, and so was planned for a new town library, archives, several reading rooms and a museum.

The designing standards of the library were inspired by the gallery system of Asplund’s Stockholm library, as well as Alvar Aalto’s.

Contemporary elements were introduced in the design, such as the iron stairs, the gallery systems and the furnishings, inspired by standards of compatibility, adjustability, and readability which are the basis of the modern theory of conservation. 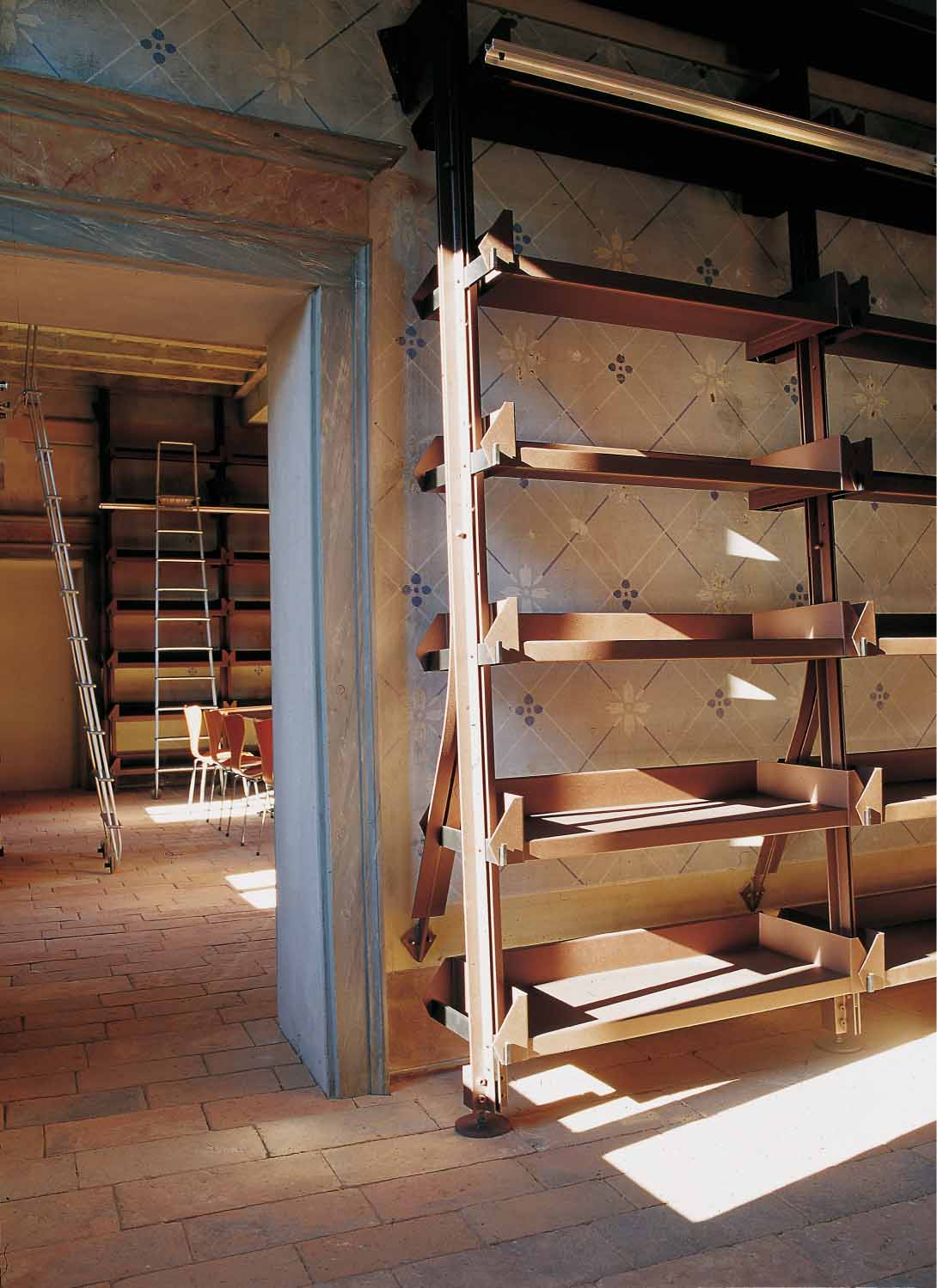 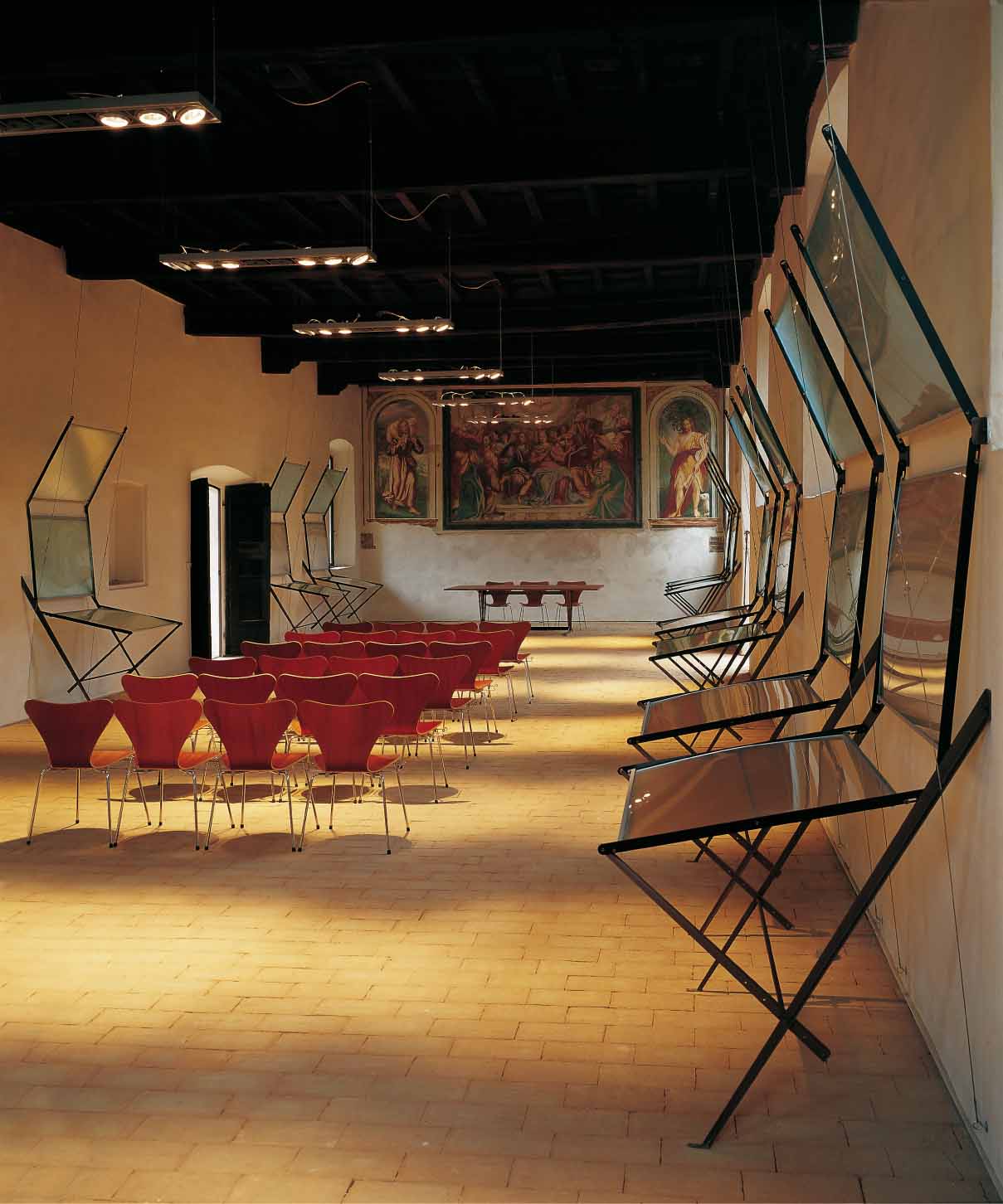 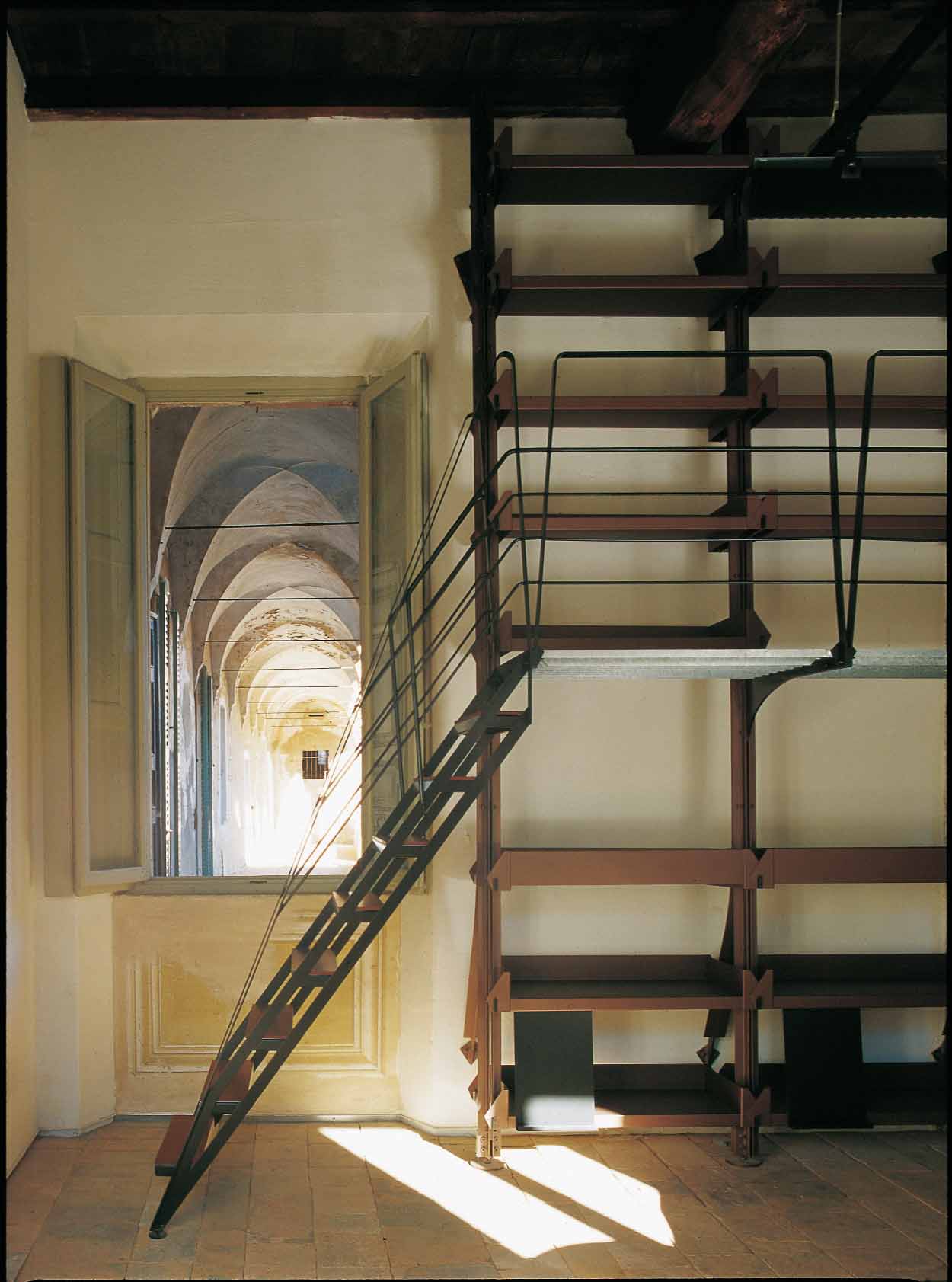 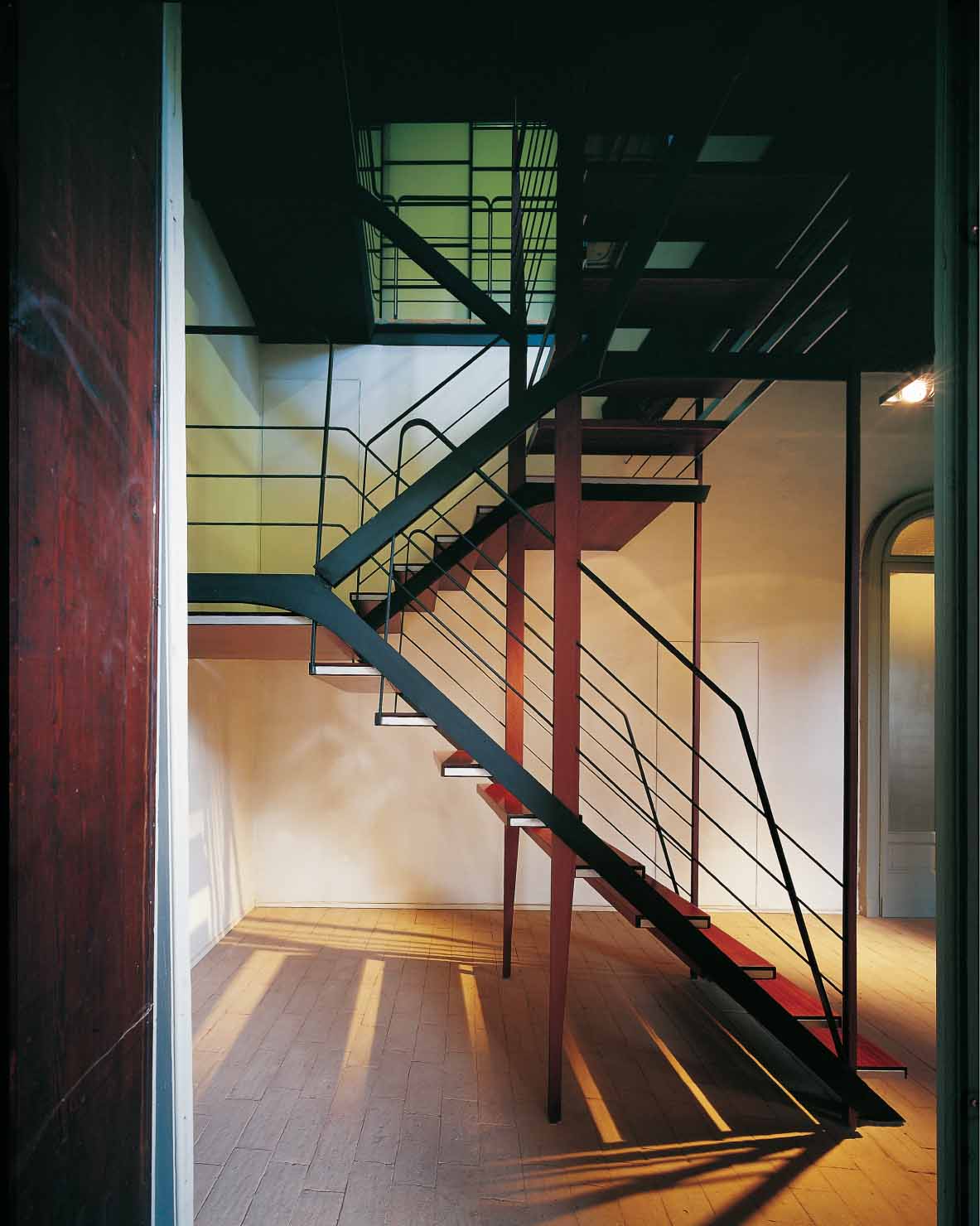 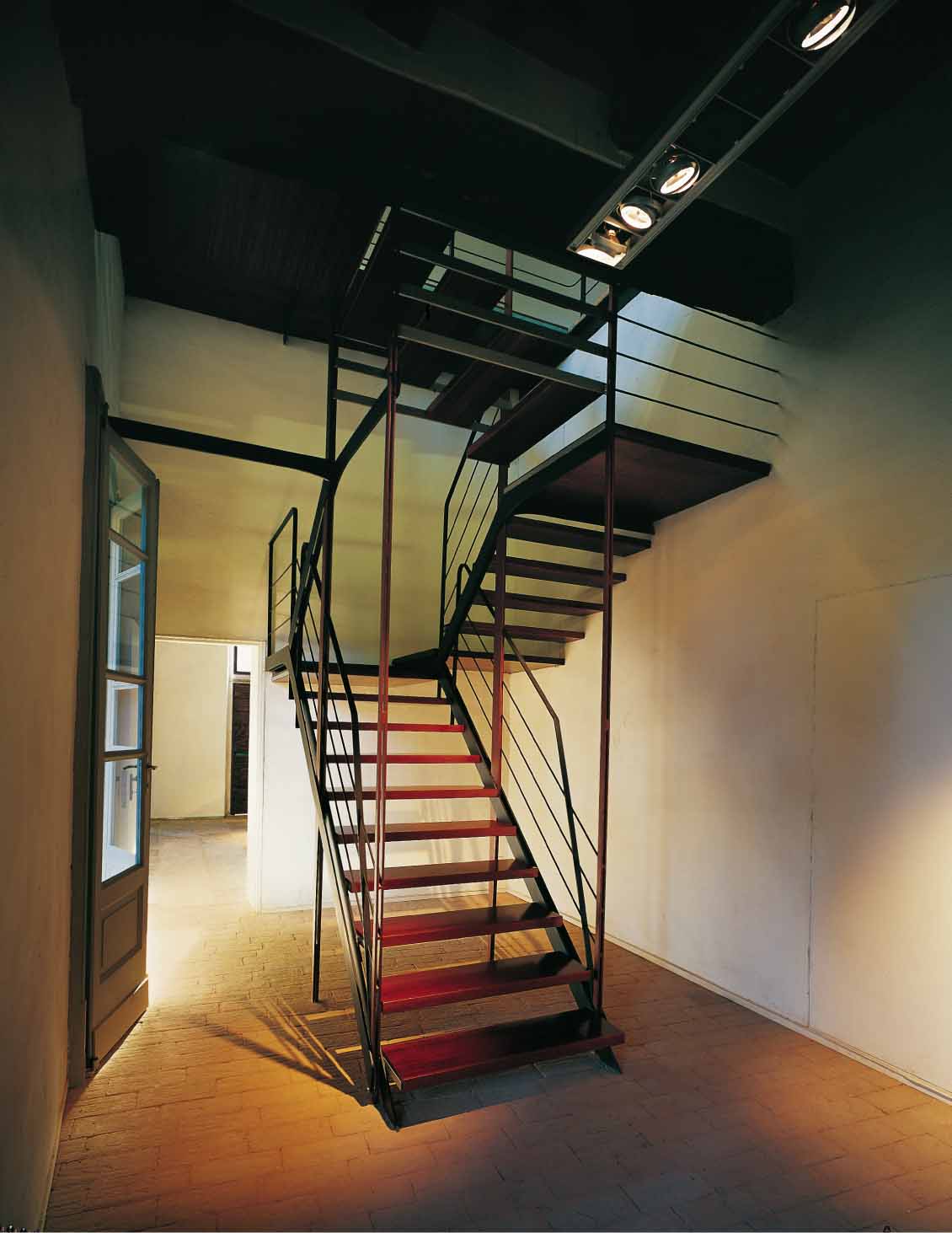 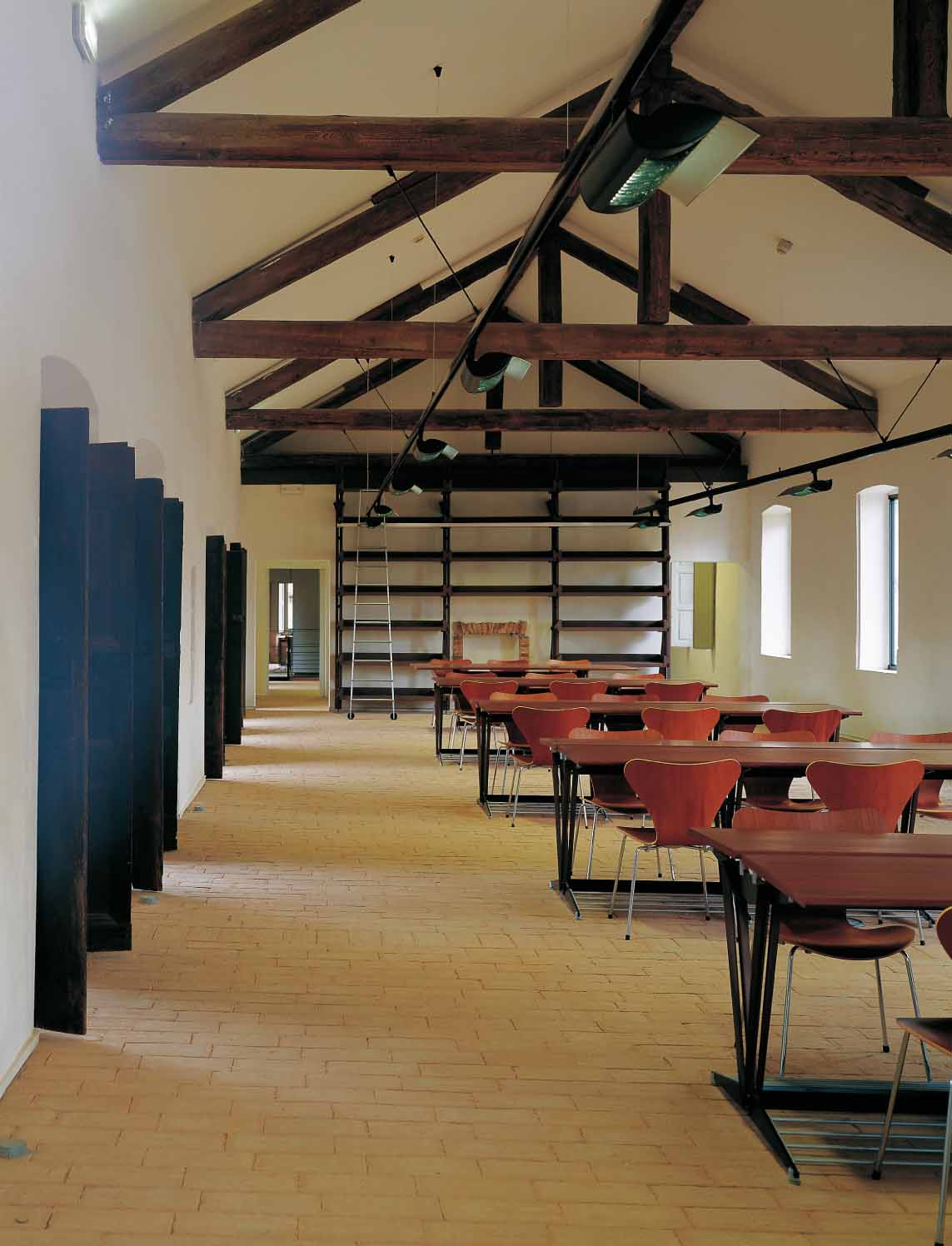 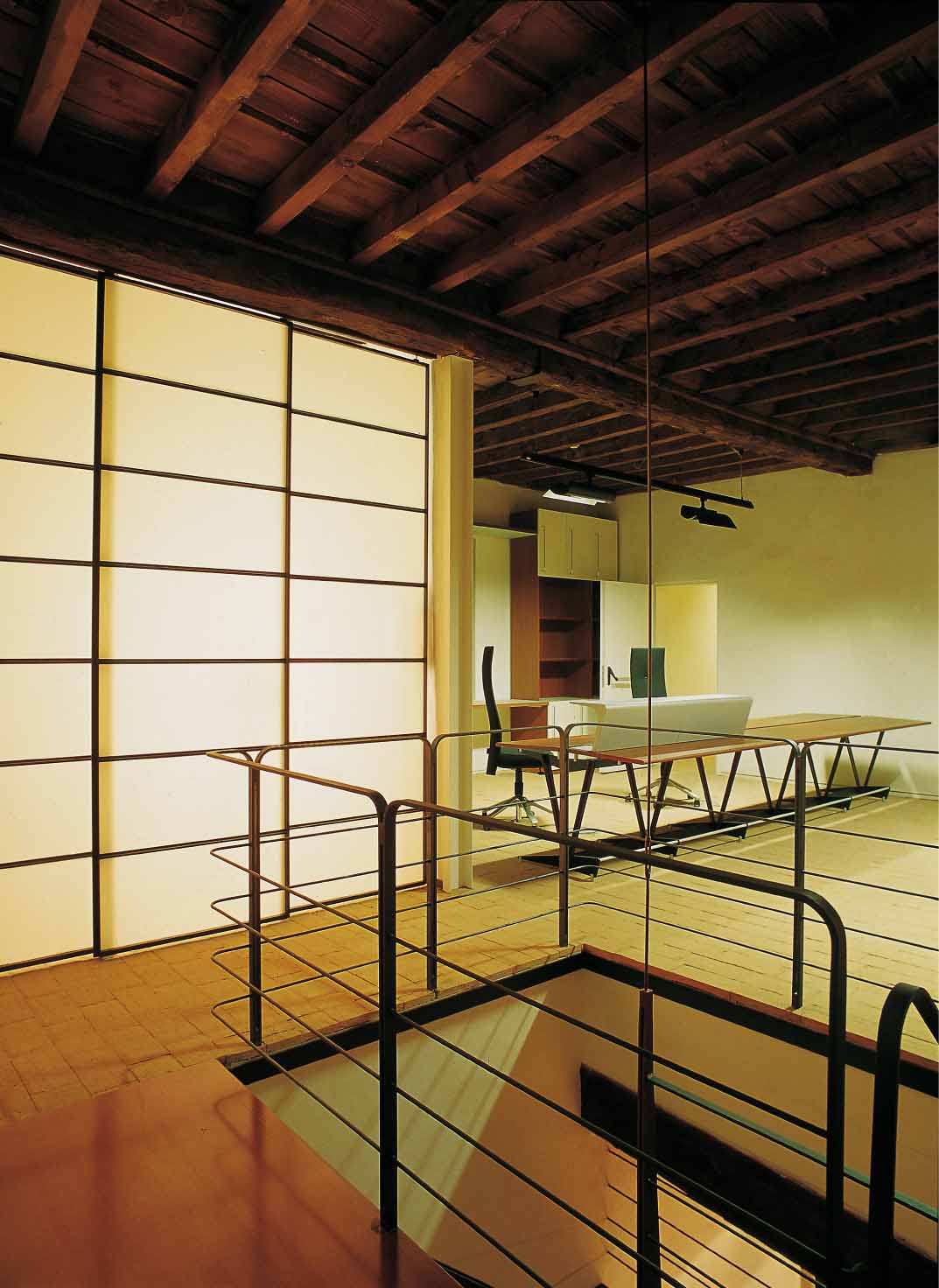 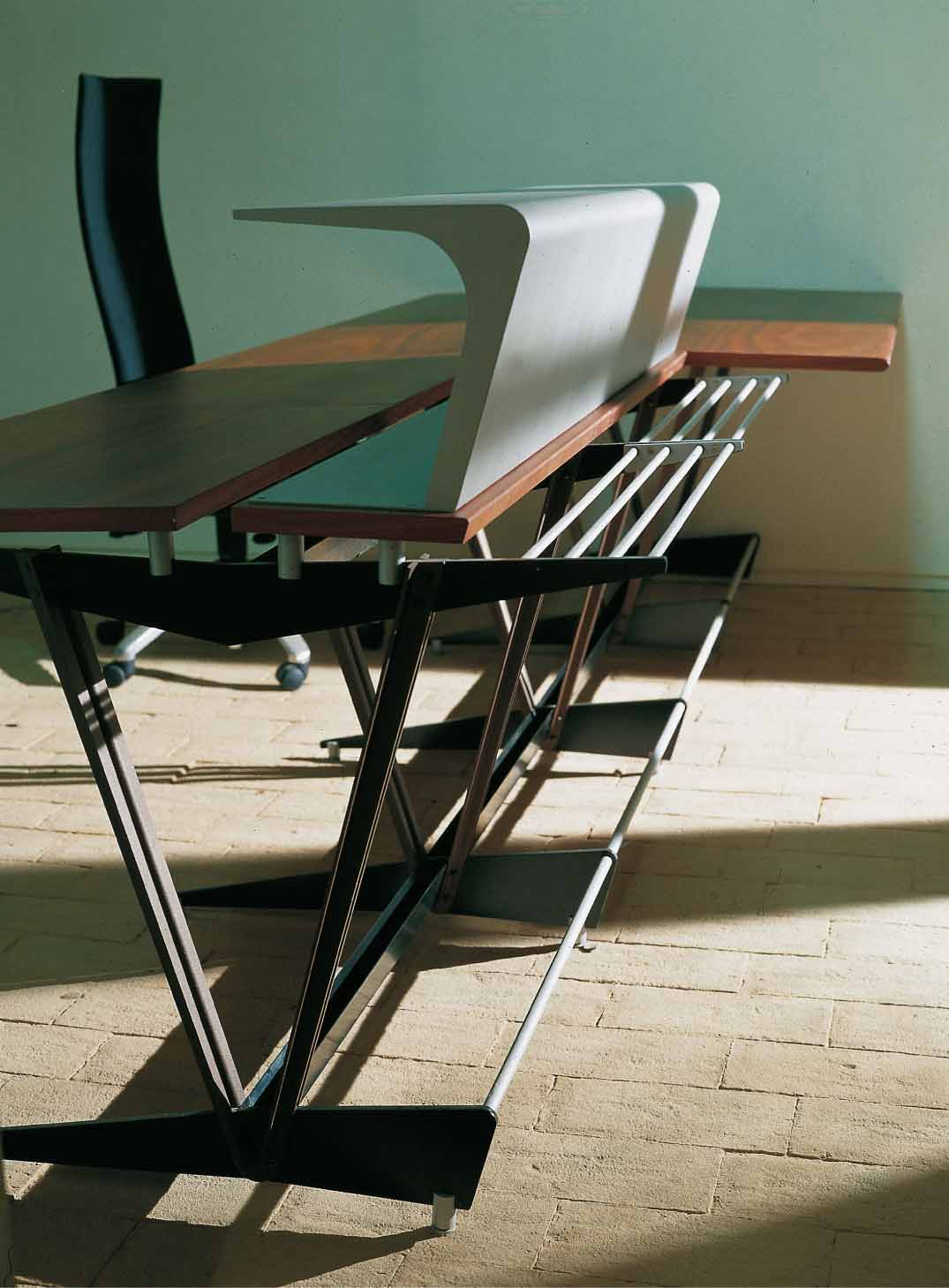 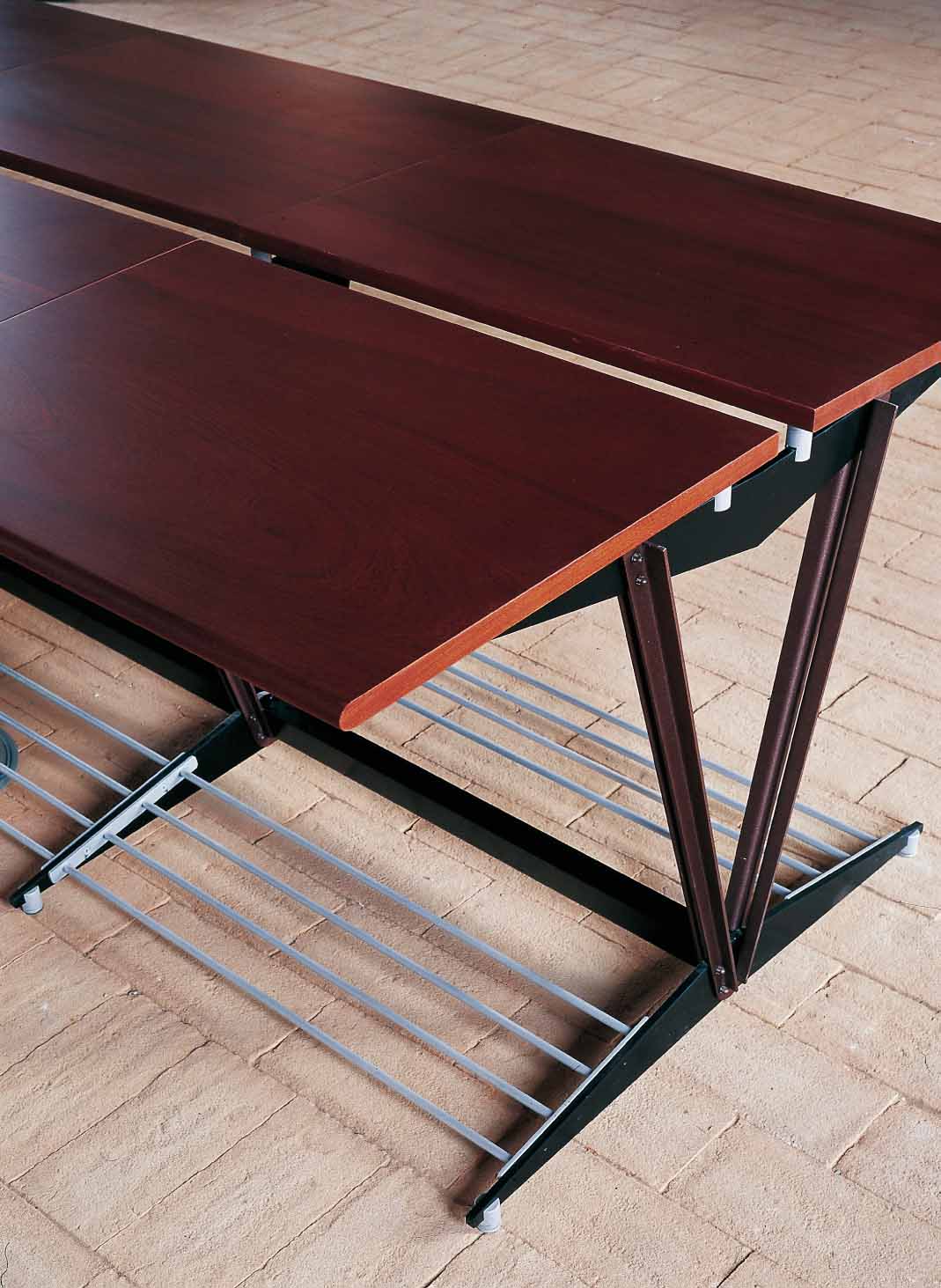