The restoration project integrated all past works and developments that the Castle has undergone over the centuries (from 1200) and introduced new architectural and structural elements inspired by the criterion of compatibility, grace, and reversibility of modern preservation theory.

The historical building expands into two separate wings that were in extremely different states of deterioration and were thus subject to entirely different restoration projects. The south-east wing, a country residence for the nobility called for relatively straightforward preservation whereas the north-west wing was a ruin, with only the exterior walls remaining and for which it was necessary to perform an innovative and complex architectural solution.

Without hesitation we drew up a plan for the project:

The original walls would constitute the physical perimeter of the structure into which a new architectural construction would be integrated based on a framework that would be built to include the tower and church. Three new main sections would be created, a reception area with staircase, a landing with a steel and glass elevator, and offices and halls for exhibiting the three Previati canvases depicting the Battle of Legnano. Miesani steel columns, of two conjoining angles as opposed to the usual four, imposing in height and attached to the original walls would hold up the three glass ceiling panels.

Halving, therefore, the number of customary columns, but as always undoubtedly linked to the great creative period of the pioneering Master: yet another further occasion to highlight his unquestionable genius. 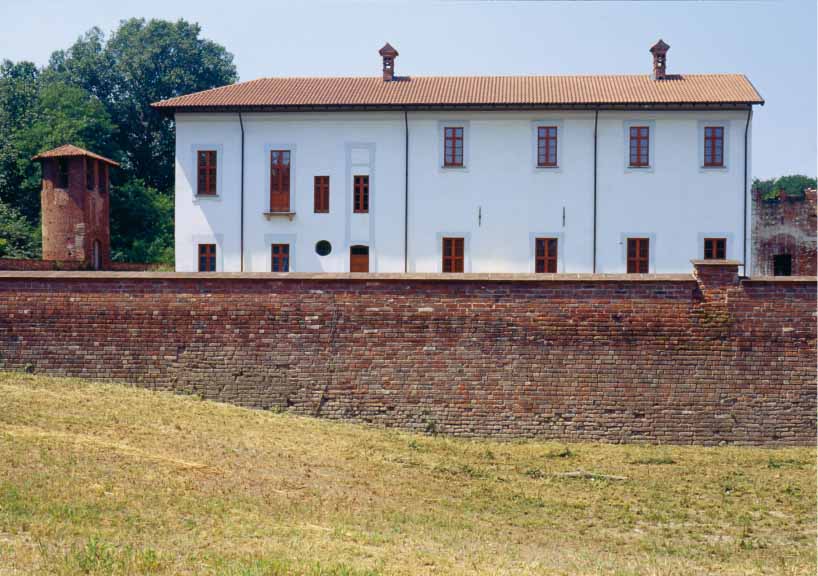 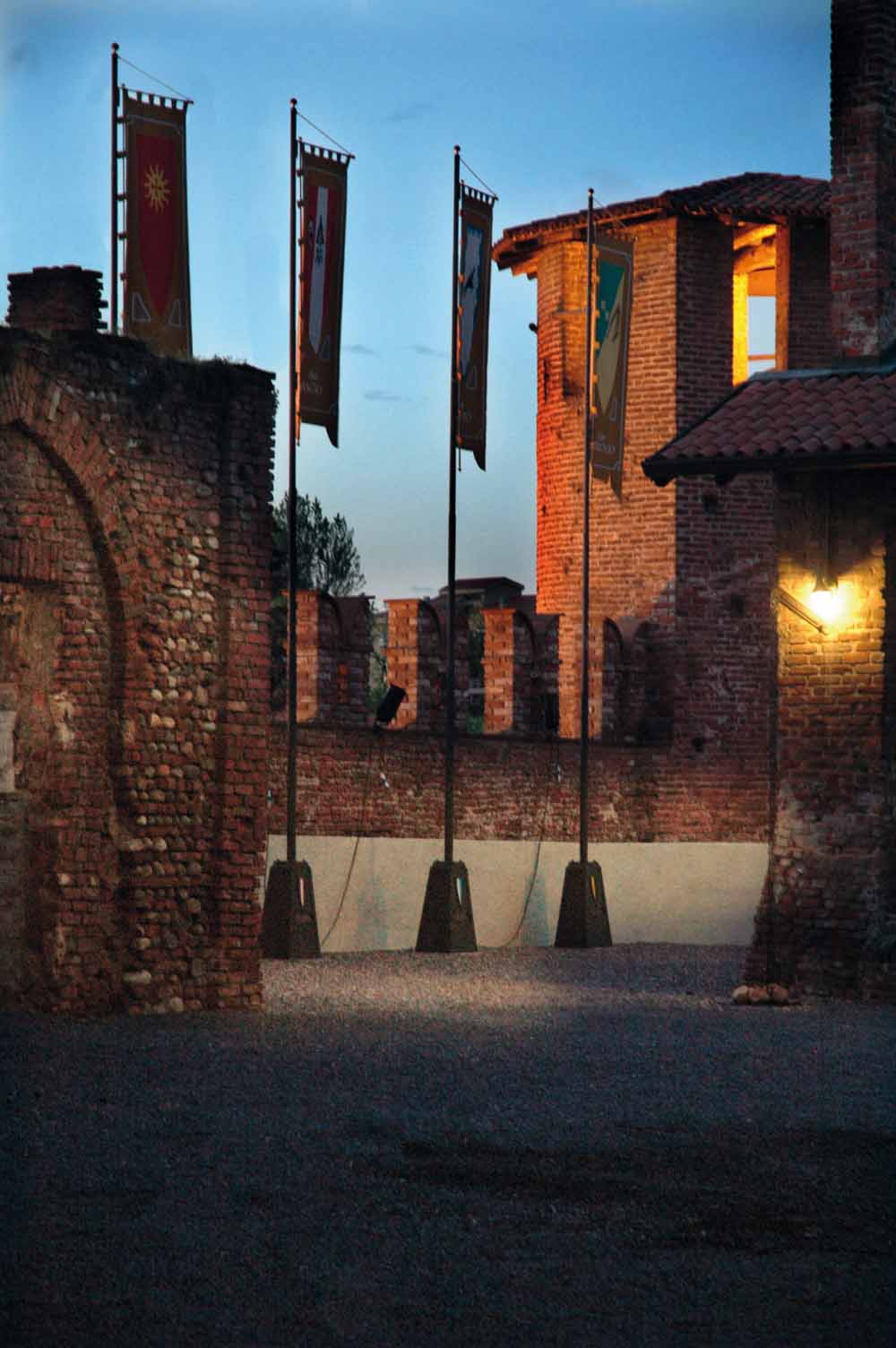 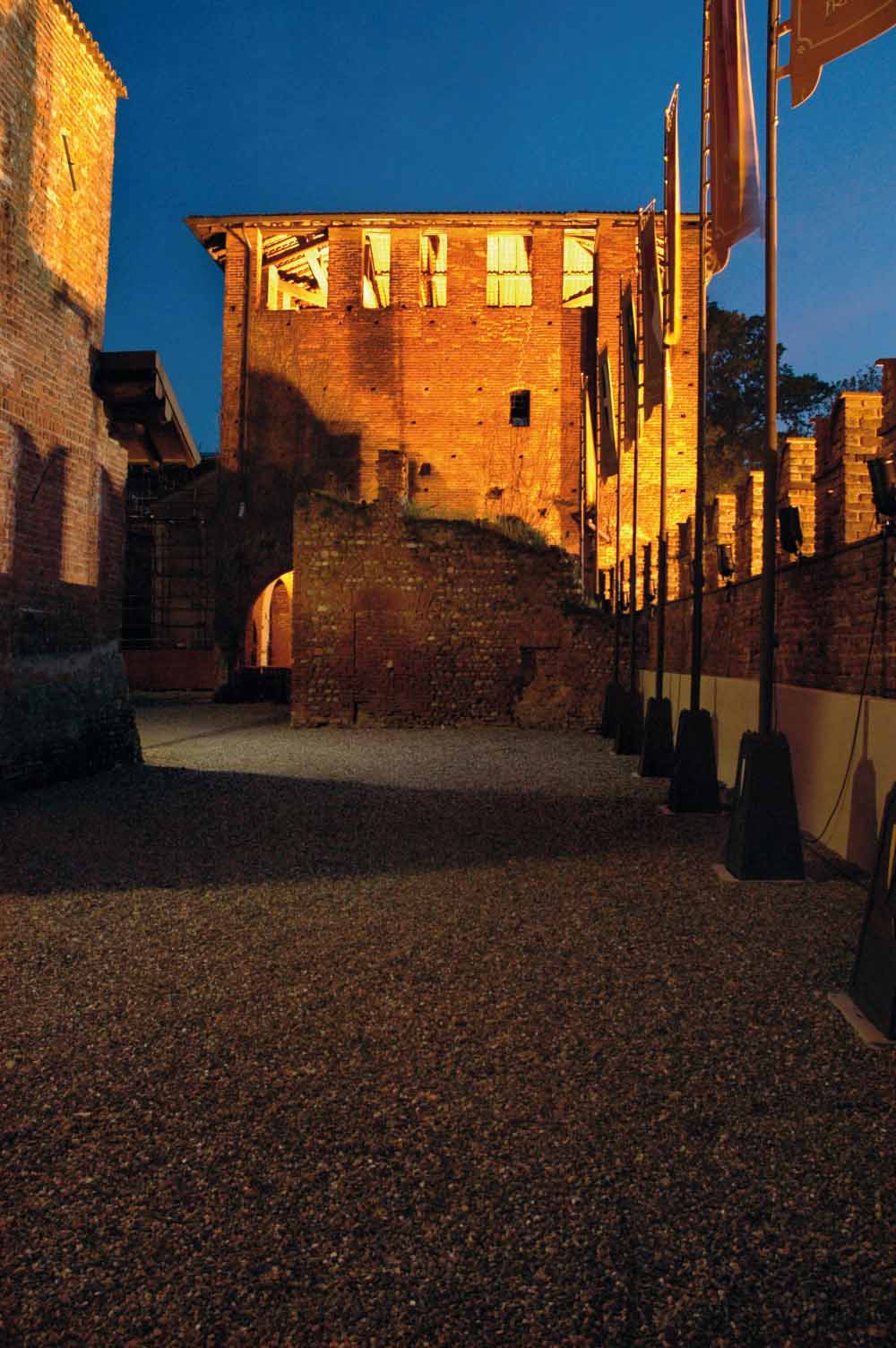 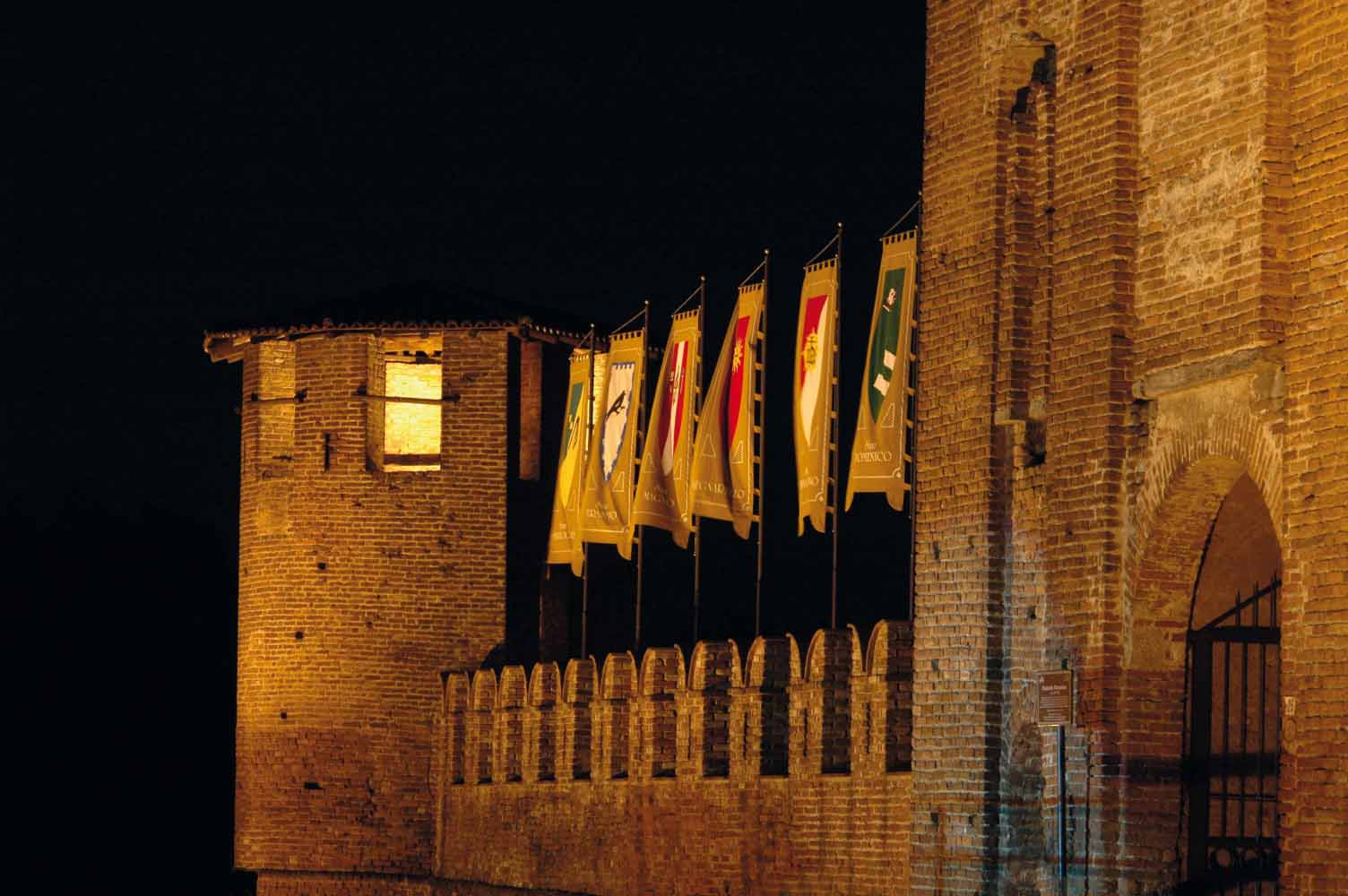 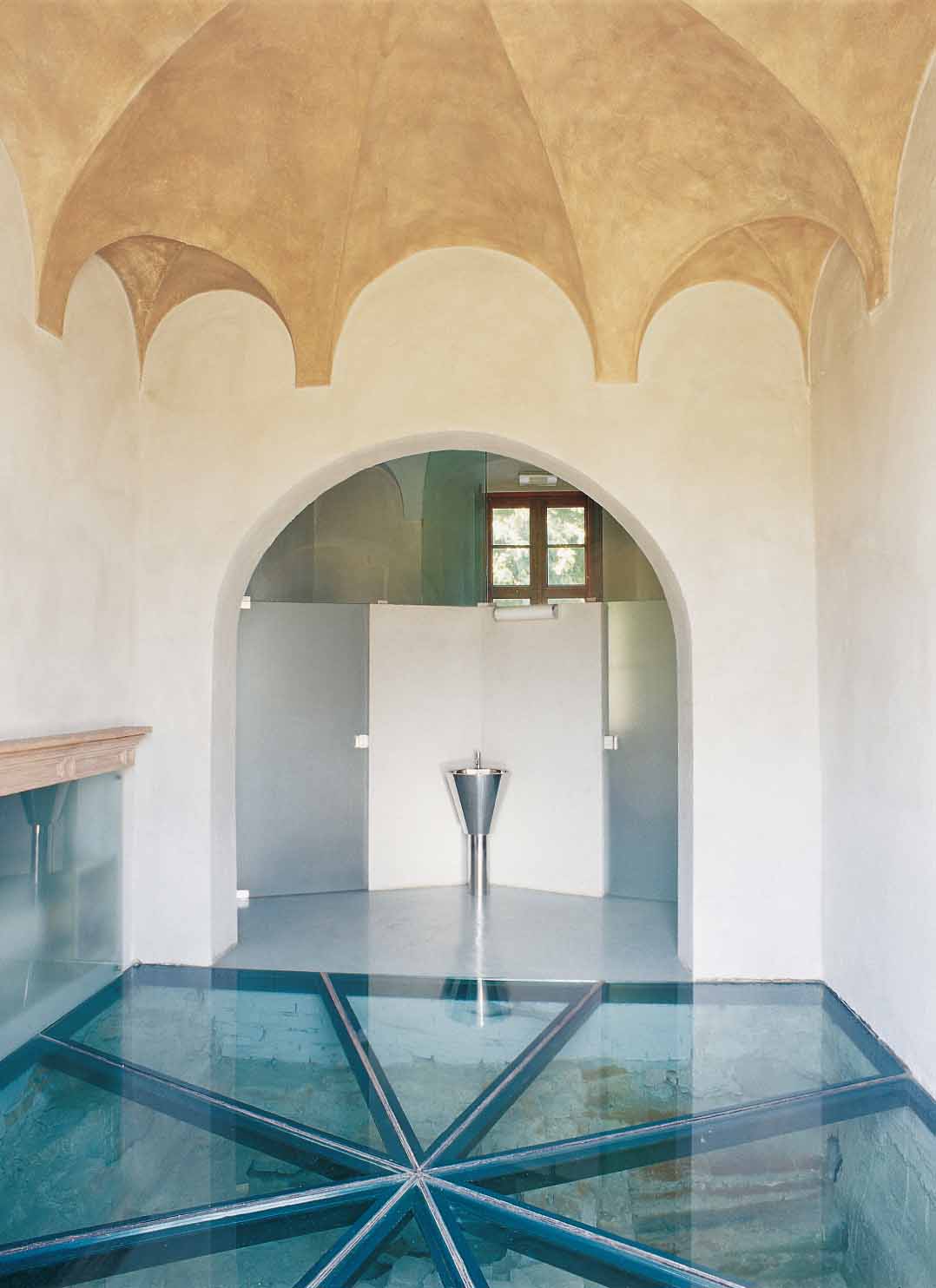 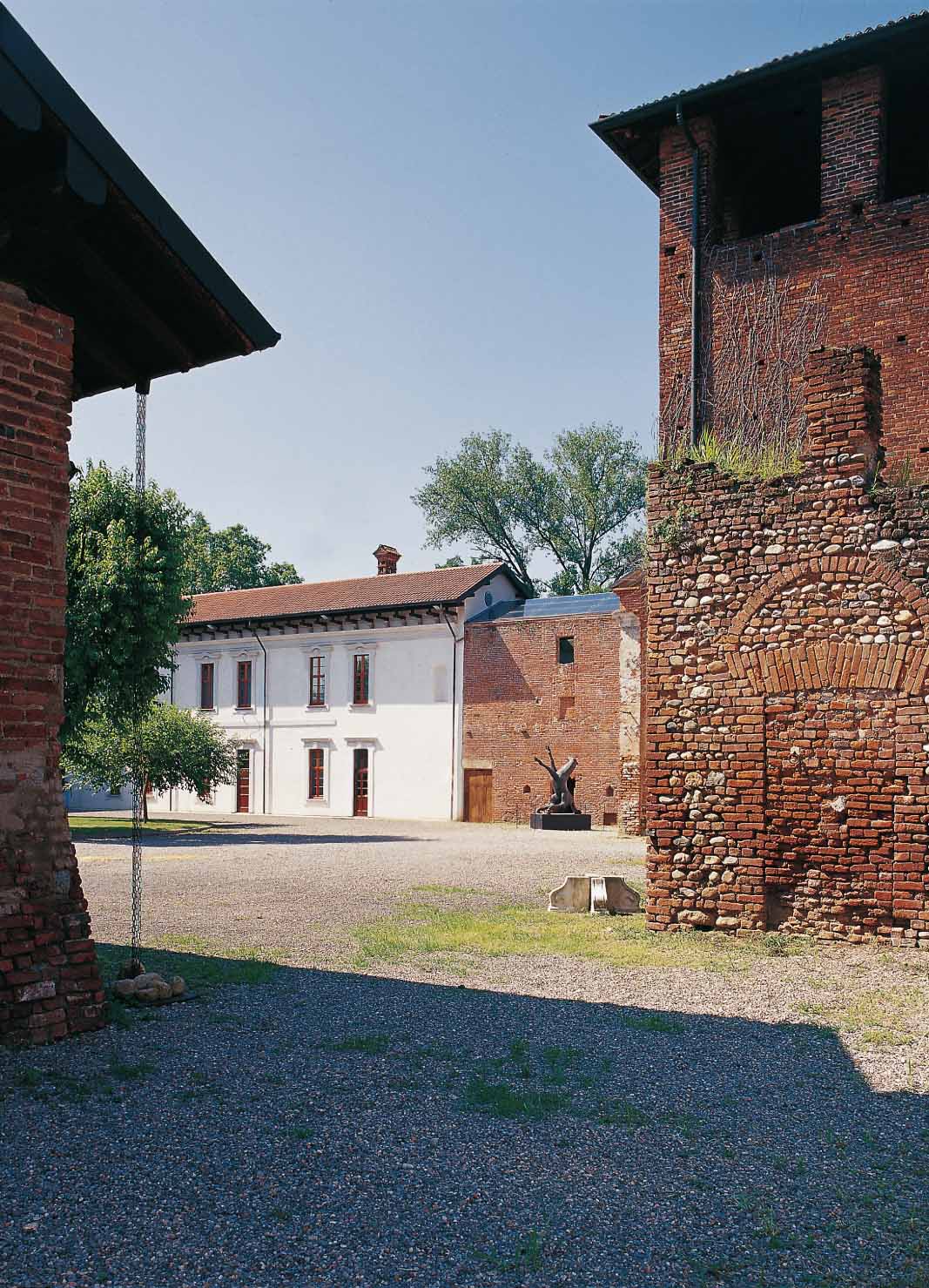 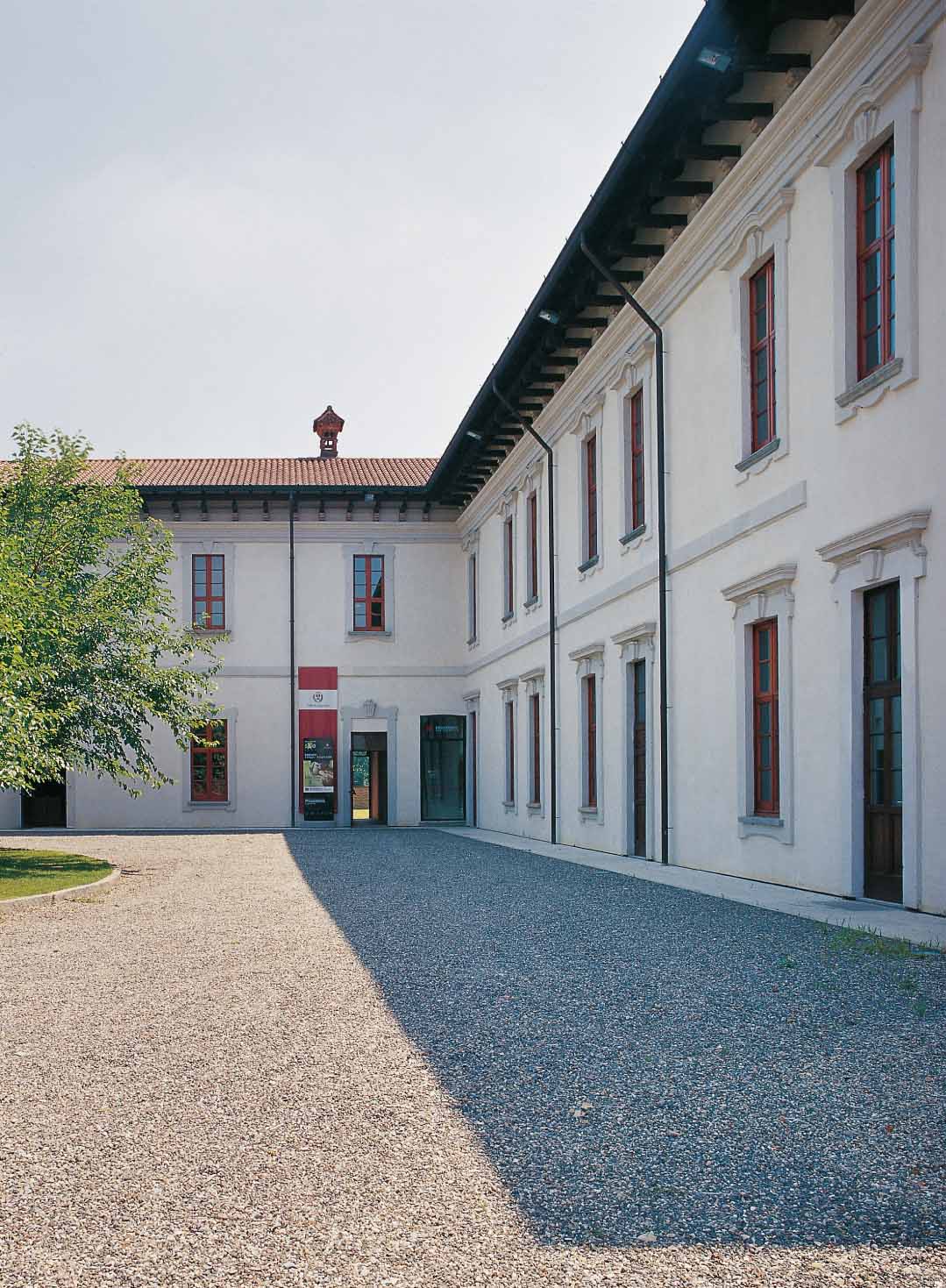 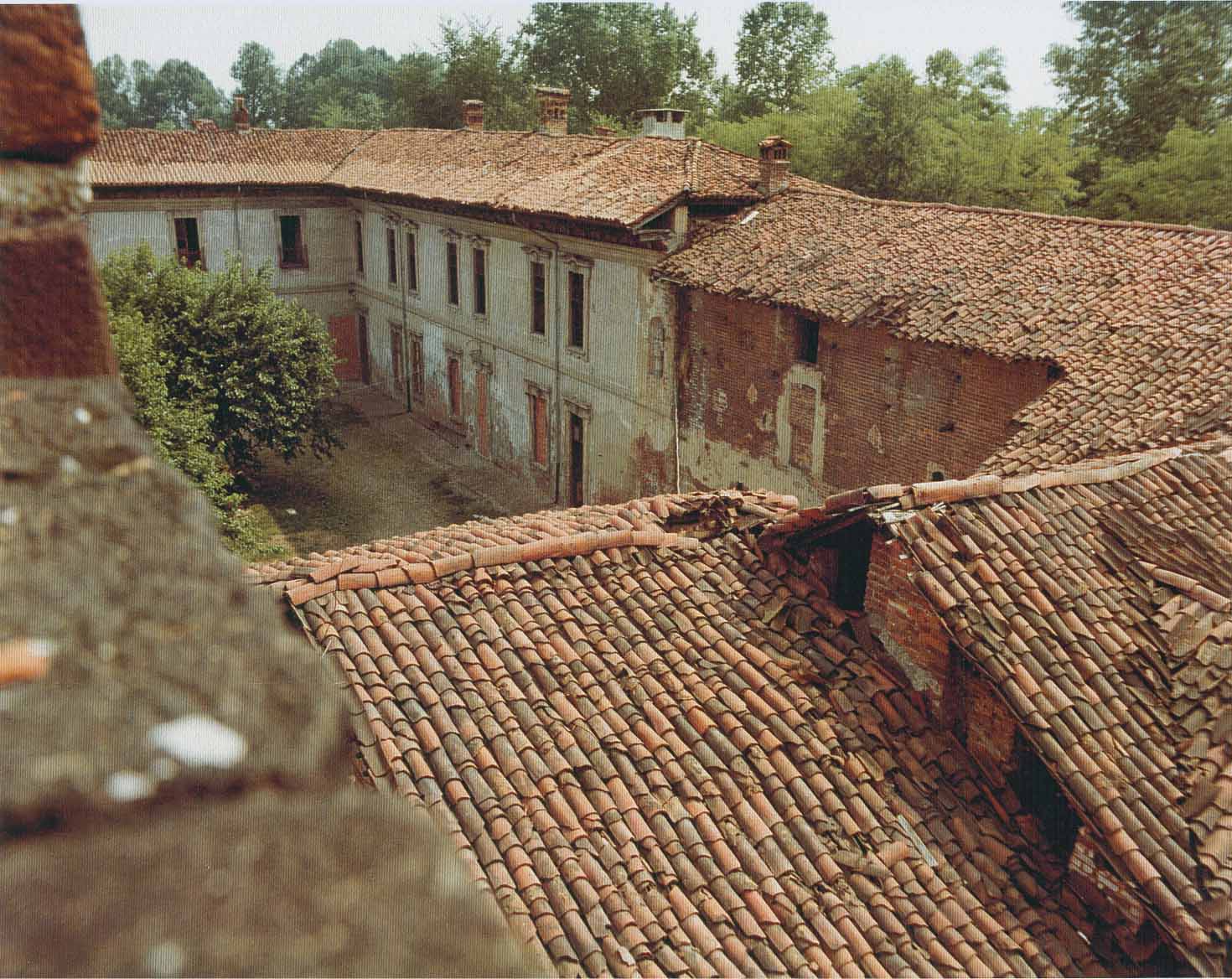 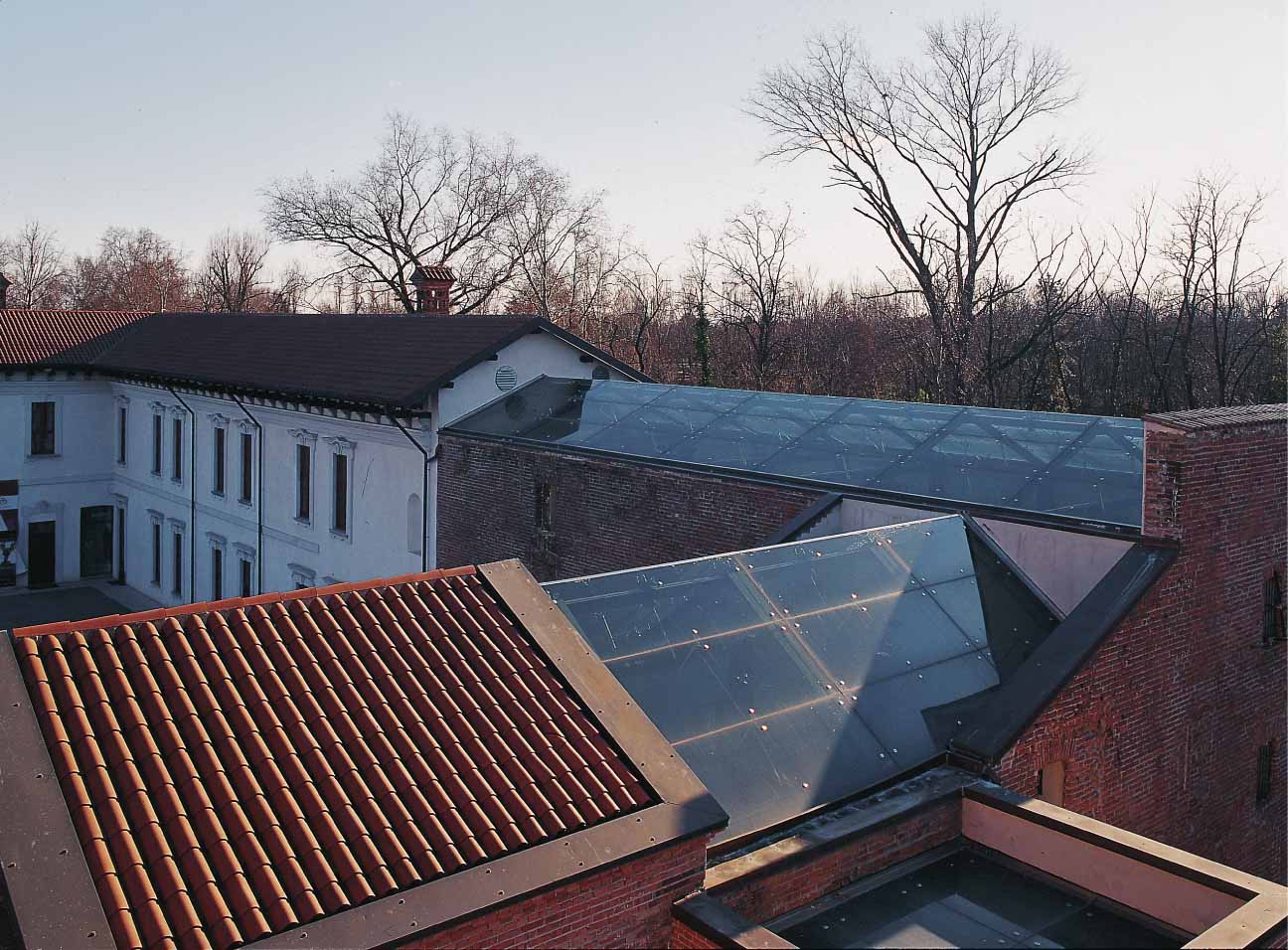