A graphic studio for naval design, the space featured a single horizontal area on the attic level and, beneath, a single narrow, vertical volume housing the stairway, demolished long ago, which led from the street level to that of the courtyard below: the design offers an “architectural structure within an architecture”, devising a solution allowing to preserve the original frames of the building with the masonry and the vault

The crux of the design is in the access to the attic, previously prevented by the presence of the barrel vault of the staircase sloping towards the court below: the placing of a vertical staircase in the fallen part a the end section of the vault allowed to preserve it with its upper paving in sloping terracotta steps that complete the connection with the space above.

Actually the spiral stairway, practically hanging in space, with its metal mesh steps supported in the middle by a sheet of crystal, connects the various levels up to the terracotta steps above the vault, and then by these leads to the large attic room.

The bathroom and the small kitchen are placed beneath the entrance level and are reached by wooden steps projecting from the wall.

“The marriage of natural materials, or naturalised by balanced transparencies […] allows a felicitous co-existence and overlaying of new parts and sedimeted parts “(Laura Andreini, “Casa-studio Bergamo” in “Area” n° 28, September 1996). 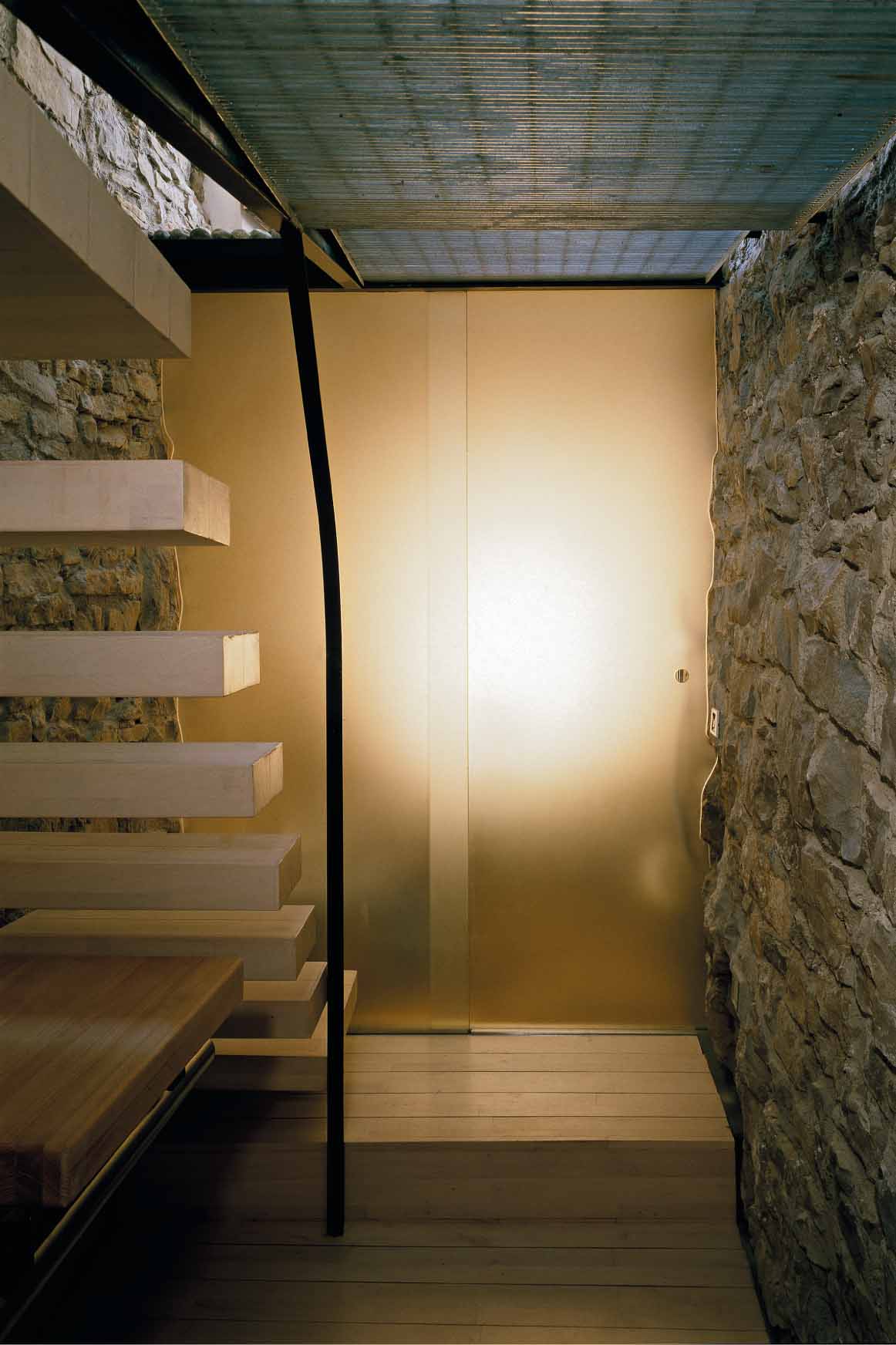 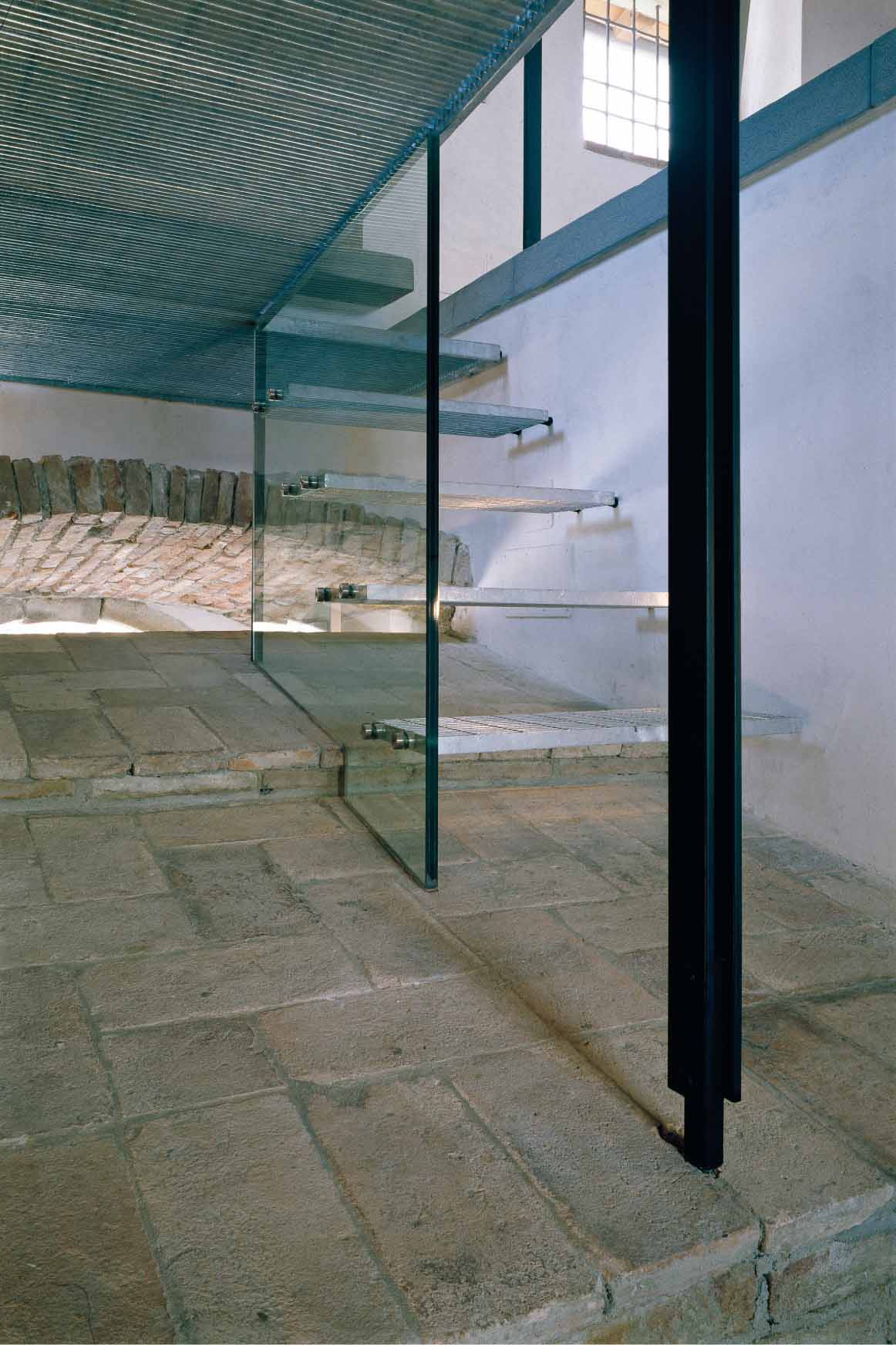 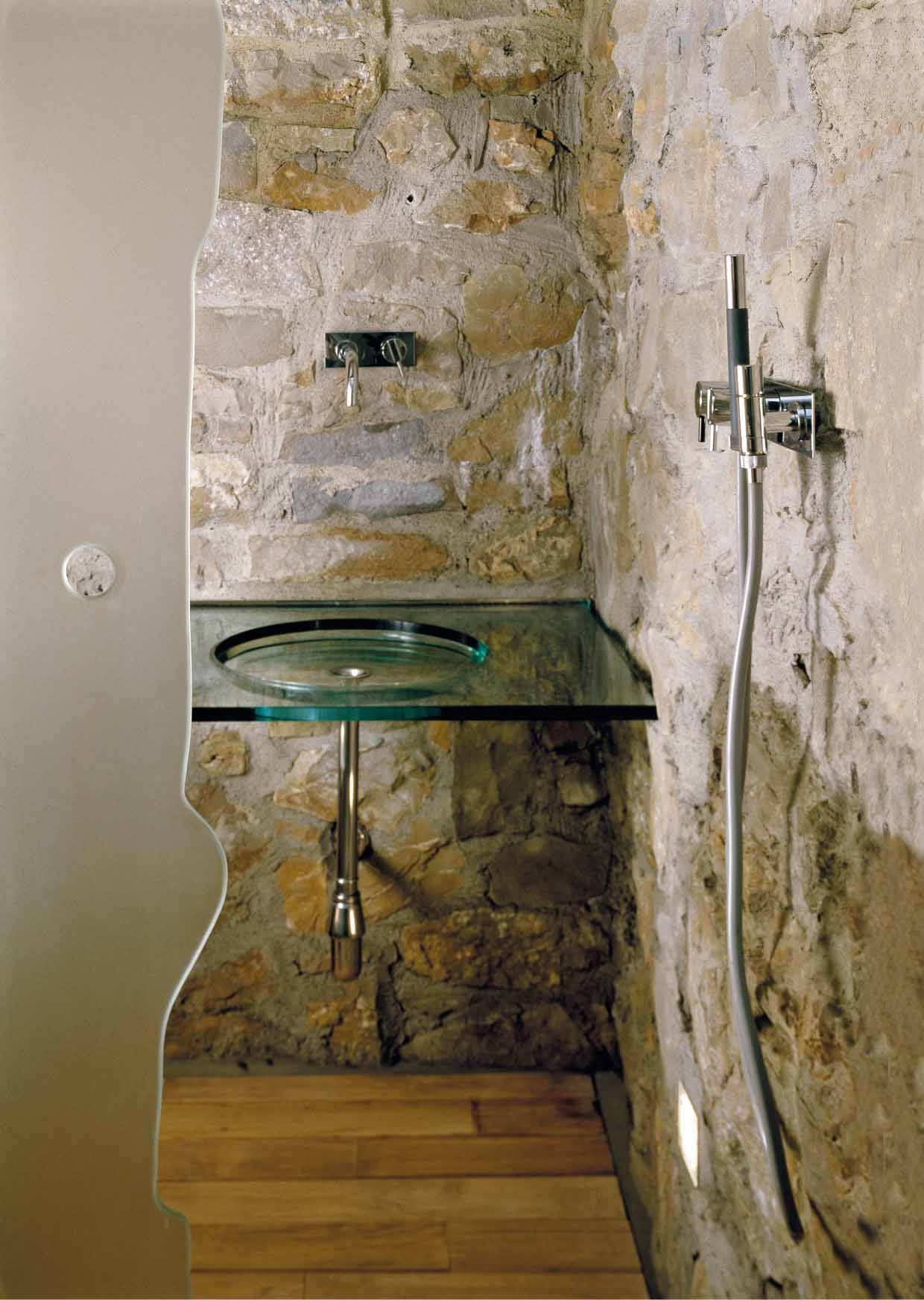 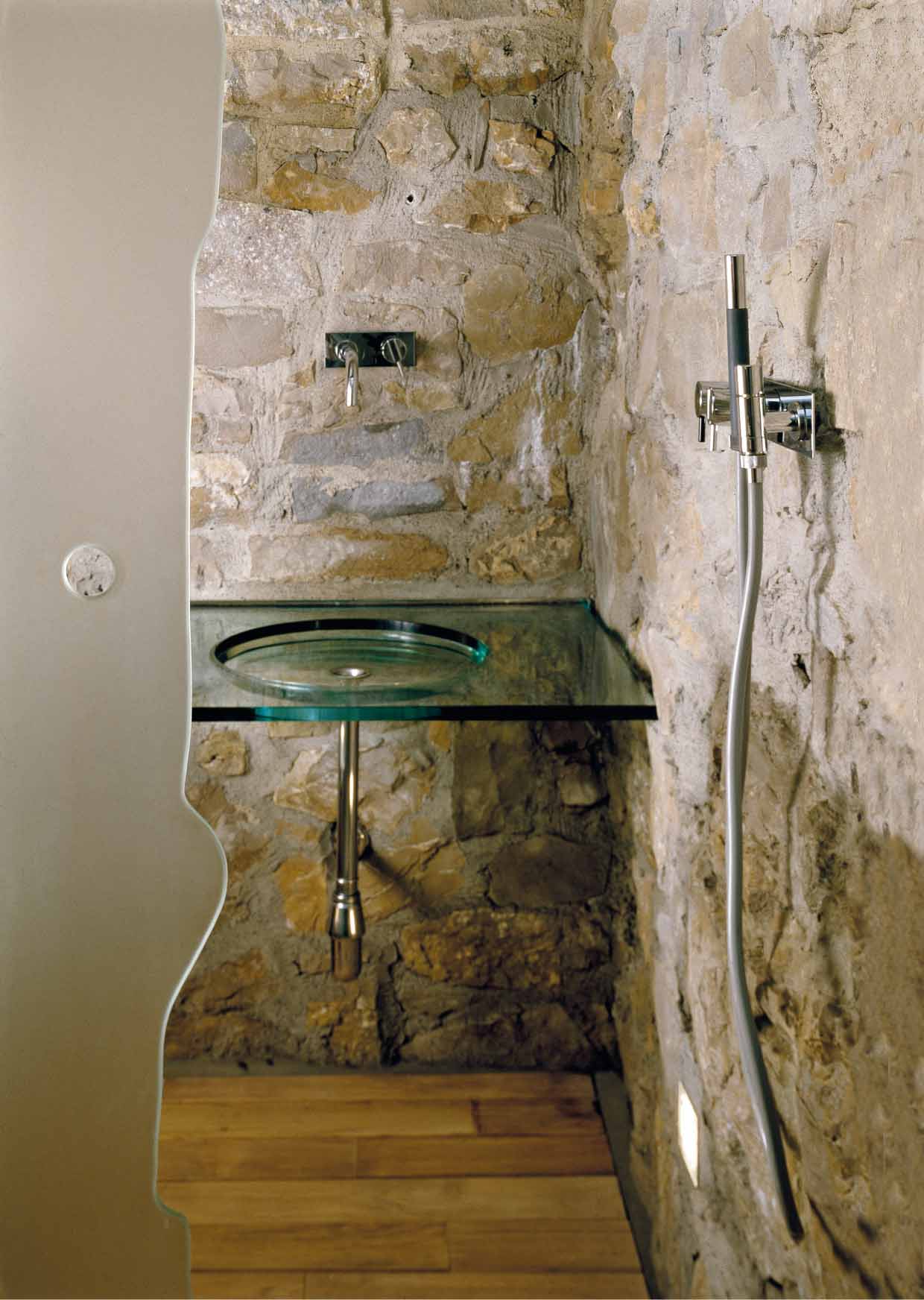 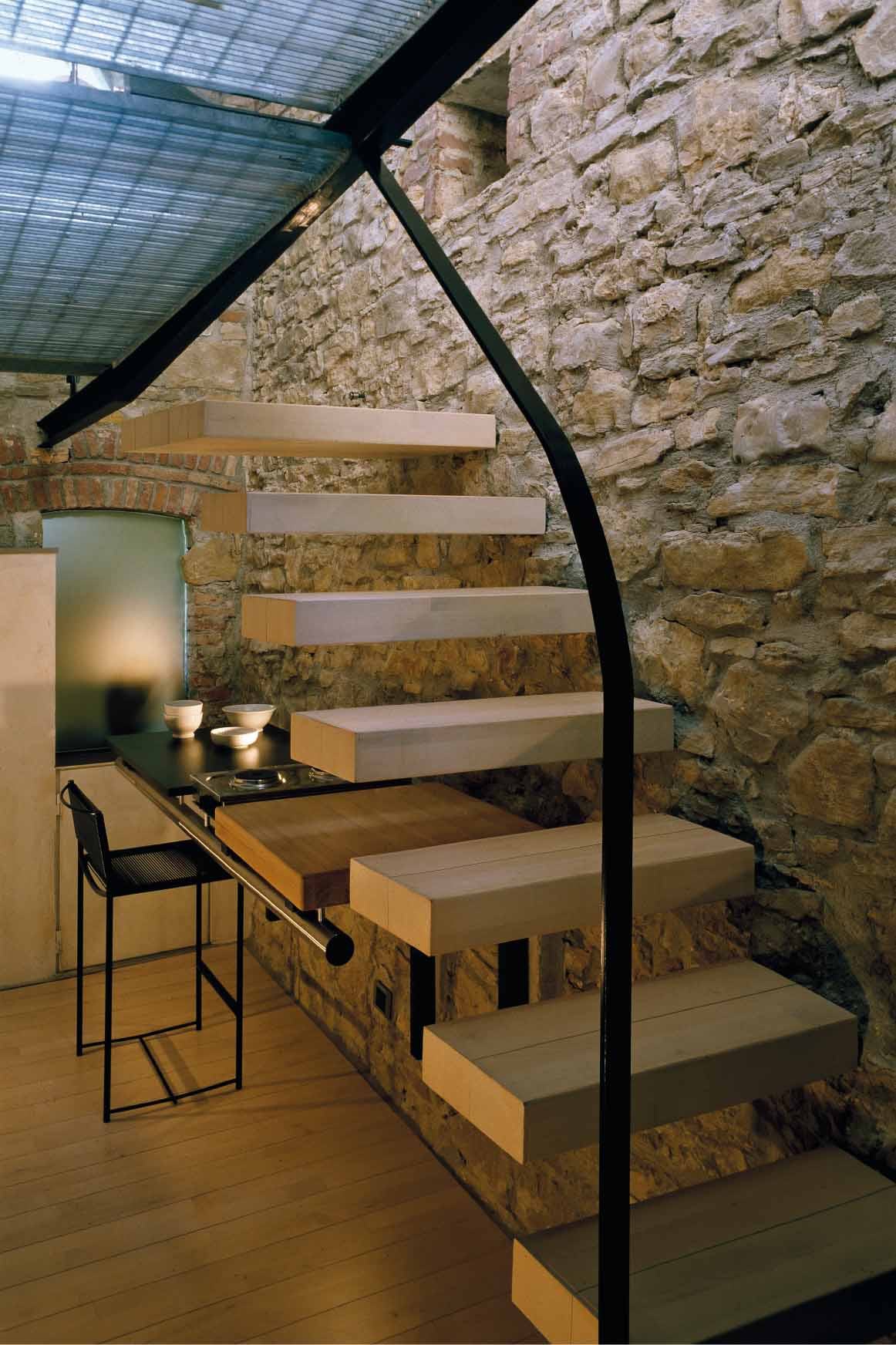 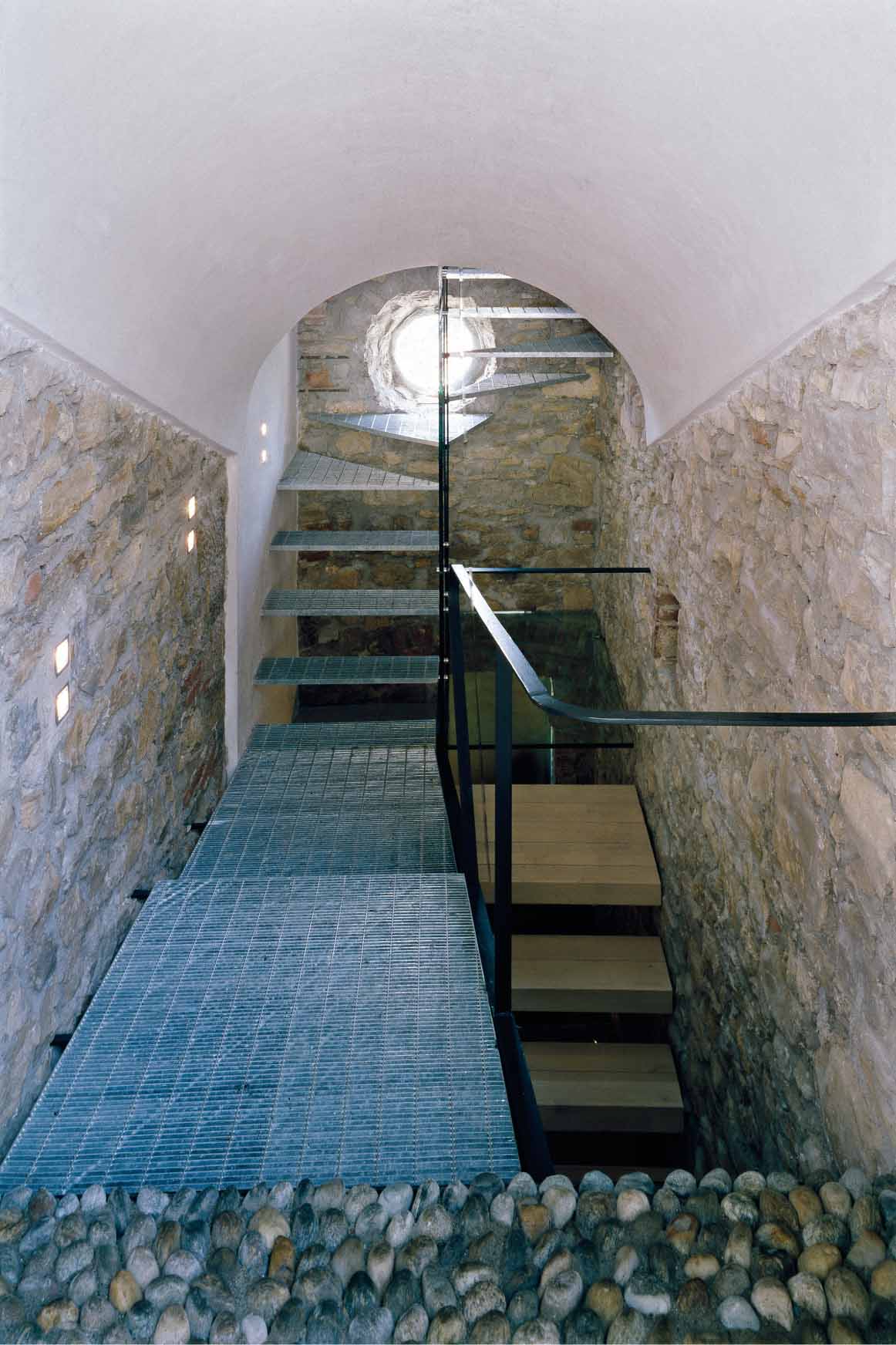 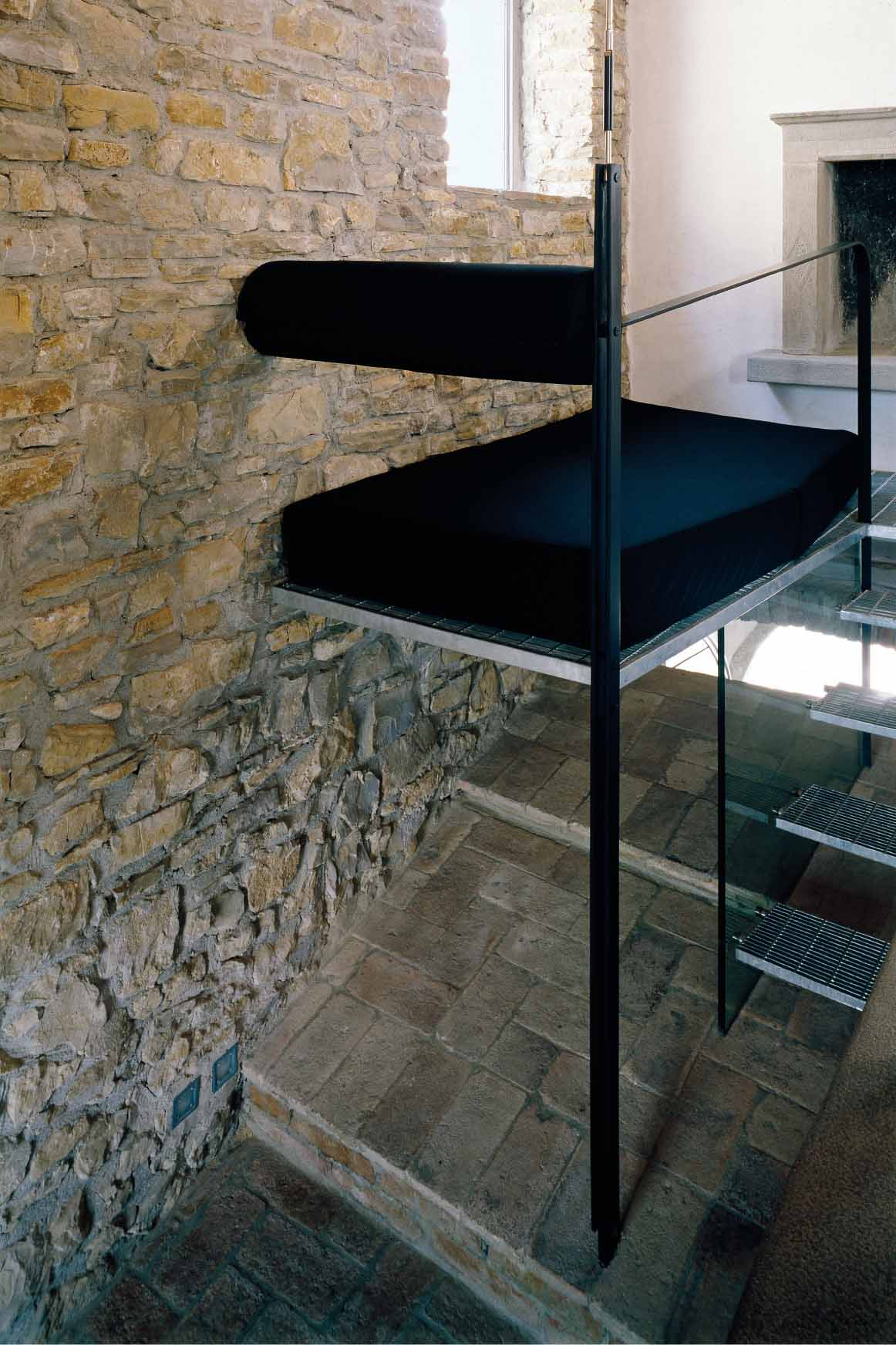 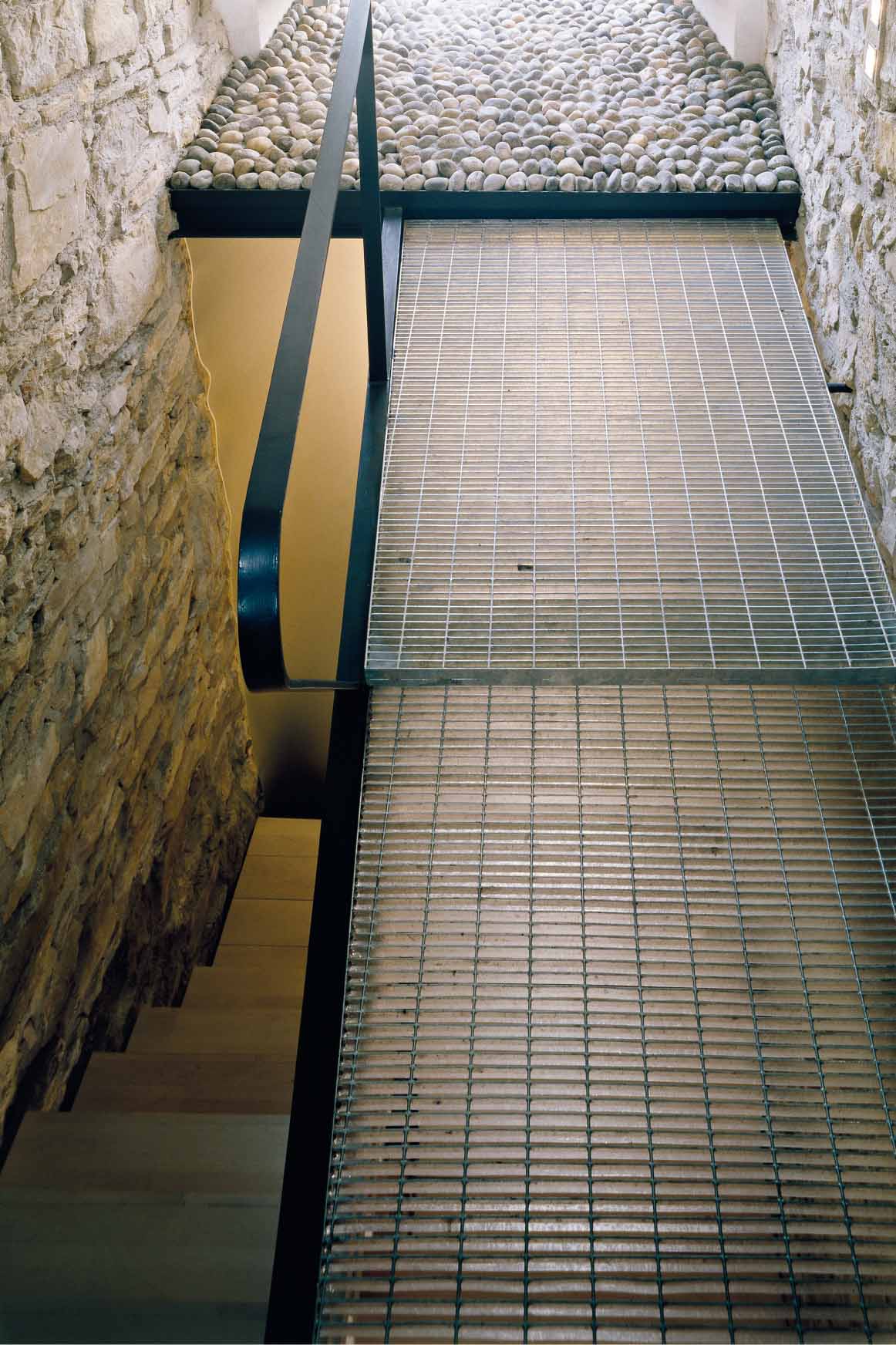 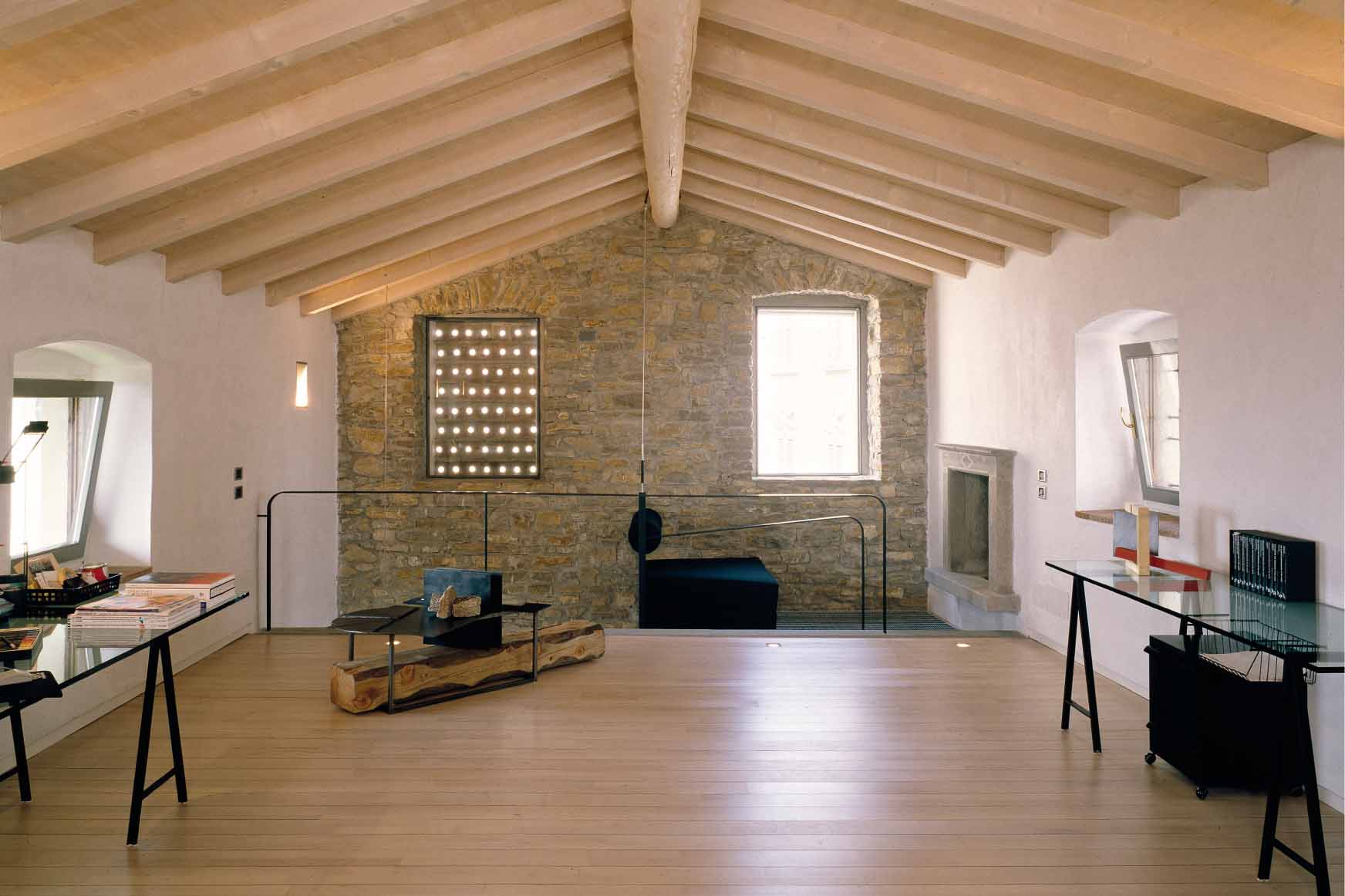